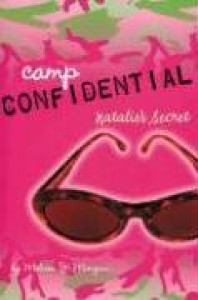 This is a review both for Natalie's Secret and for all the books in this series I've read (the series in order up to Freaky Tuesday).

Natalie's Secret:
Natalie Goode is a city girl from New York. When her mother sends her off to camp, she is less than thrilled. But soon she makes some new friends and starts to enjoy herself; but she has a secret she's been keeping.

The series in general:
Pretty decent series. In my opinion, the best ones are Falling in Like (book #11) and Hide and Shriek (book #14). Some books are better than others, though, and some of the "drama" is a bit silly, but other than that it's pretty good. Three stars- both for Natalie's Secret and for the series in general.