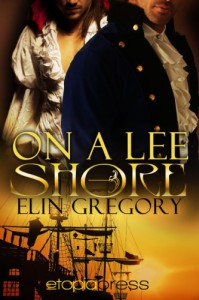 I have so many thoughts about this book, it's kind of hard to know where to start.

I liked most of the characters, but there were so many it was hard to feel a true connection to them. The only one is Kit, really. I do like him quite a lot.
Also, side note: this is a heavily male-dominated story. There's literally only one or two female characters with speaking lines, and they're just minor characters. And since this is both an m/m and historical fiction I guess I should've expected it, but I still didn't like it.

Sometimes the writing just skips over events with a summary sentence instead of actually showing what happened. And that was annoying af.

Despite all my complaints, I did really enjoy this. I was scared towards the end that it would be sad, but never fear, there is an HEA. and it was so sweet. And I do love me some pirates :)

Tl;dr version- The only way I can sum up my feelings on this is love-hate. Loved some parts, hated others, and yet others I only mildly like. I would recommend it, just expect the romance to not be the main story.

Historical fiction LGBTQ books on my kindle summer of 2016 reading